In the first post on shame, we covered the difference between guilt and shame and how to sort the two emotions despite their similarities. In this post we hope to provide an example case study along with a tool that will help you to separate the emotions. My desire for this post is that it will be a practical application for the previous two posts to help you first separate shame from guilt, thereby, being able to repent for guilt and disempower shame.

It was one of the hardest days of Jordan’s life to that point. His boss brought him into 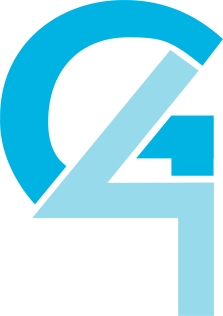 his office to explain that Jordan was being let go from his job of 10 years. It was not based on performance but due to the latest economic downturn. The last hired at the position so Jordan is the first to be let go. Every day since then has been a repetition of that day; replaying the boss’s words in his mind, reshaping them so that it becomes an inability to do the job correctly that caused Jordan to be let go and not the company’s misfortune.

Jordan has sent in resumes and applications to every possible job without so much as an interview. No new jobs or prospects have presented themselves. Jordan has decided it is not even worth the time to fill out more applications. Internalizing the perceived rejection of employers when responses haven’t come in has begun.

Jordan’s spouse is now the sole breadwinner for the family. Combined with money from savings the spouse’s salary is enough to support the family in the short-term. Jordan has always felt a great deal of satisfaction in being a key contributor to the household income and that has now been taken away. He’s started to ask questions like, “If my family can survive without me working, why would they need me at all?”

In the beginning, when people outside of the family have asked how work is going, Jordan would reply with a hollow voice that he’s currently looking for work. The look on others faces, not knowing how to respond, has become difficult to face. Jordan has started to add and embellish things about upcoming possibilities. Any job that has been applied for has become one offer of many that he has been presented with. Jordan has lied about weighing options between offers even though none have been extended during the search.

Using the case study above, we want to use a simple chart to differentiate the actions or thoughts into the categories of either guilt or shame. We will then provide a space to help you separate your own story into guilt versus shame.

We’ve provided an example of a real life scenario and separated out the guilt aspects from those thoughts and emotions that are shame. Think of the situation(s)/struggle(s) that bring you to G4. Could you put down certain actions, thoughts, or beliefs down into the two categories as we have done above? In the blank chart below, start to list out things in your current situation that would fall into either category.

Was that exercise difficult or easy to do? If this is the first time you have tried to sort your emotions into defined categories I imagine it was difficult for you and that’s okay. This will become easier as you do it more often.

After you have completed this chart, share it with someone you feel comfortable talking with about your current circumstances. If you’re a participant in G4, share it with someone in your group as you have begun to make relationships there to help one another. Allow others to hear your story and help you think through which emotions might go into each category. Remember, you are not alone in this journey. Continue to come to G4 so that you may be known and loved.

For a printable, PDF version including charts, click here.